This article is a stub. You can help International Cricket Wiki by expanding it. 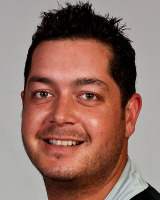 Jesse Daniel Ryder (born 6 August 1984) is a New Zealand cricketer. He is a middle-order batsman for Tests and is an opening batsman in ODIs. Ryder also bowls useful medium-pace. He has previously represented his country in the Under-19 Cricket World Cup of 2002. Ryder plays his domestic cricket with Wellington after crossing there from Central Districts in 2004 and is a member of their first-class and List A teams.

Retrieved from "https://internationalcricket.fandom.com/wiki/Jesse_Ryder?oldid=20094"
Community content is available under CC-BY-SA unless otherwise noted.